There will be a Younger Season 6 Episode 1 screening at the Tribeca Film Festival on Thursday April 25! After the screening there will be a conversation with executive producer Darren Star, and cast members Sutton Foster, Hilary Duff, Debi Mazar, Miriam Shor, Nico Tortorella, Peter Hermann, Molly Bernard, and Charles Michael. Davis Get more information here 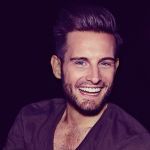 Peter Hermann will be Guest star in episode 2x05 of 'And Just Like That'.